Mr. Edwards stumbled over a capital letter as he retreated. He had been written as a one-dimensional minor character and the dusty pages had tormented him for a century. A hasty decision, he exited exactly 100 words past his introduction.

In the pages that followed, his lady-love always captured The Rake’s heart after a scandalous episode of mistaken identity and a passionate romp in the library, thus thrusting a metaphorical knife into his heart, time and time again.

Never to witness the unfurling of the loathsome pages again he applauded his cleverness, foreshadowed only by the realization that he didn’t in fact have a plan past, enter new century. 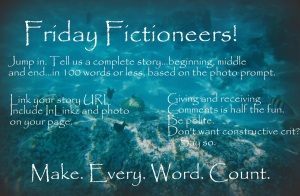