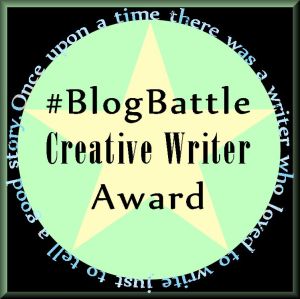 My first blog competition and I won, actually Piere won. It was his story.

A new writing challenge from Rachael Ritchey author of The Beauty Thief.
The theme is Musk. Fancy a challenge? Try writing a short story starring musk.

Pierre ducked beneath the ancient wooden counter as the beaker exploded, spewing its contents and shards of glass over his cowered head. The air was acrid with musk and bergamot. Head in hands he knelt in the wreckage, the fragrance assaulted his senses and the broken glass tore at his flesh; sharp reminders of his carelessness. He had taken a chance, pushing her past her flash point. Minette was lost in the wreckage. Her scent, rose, rich vanilla, musk and Earl Grey filled the air but she had taken the subtle top notes and lingering finish with her. The bergamot would soon disappear too, taking the promise of afternoon tea with it. He would never again sense the caress of soft rose pedals fresh from le jardin against his flesh, nor be enveloped by the swirl of warm vanilla as she entered la maison. The hint of lazy afternoons spent in warm embrace would recede as she faded, the musk being the last note to disappear from the pillow. A bolder more passionate combination had never existed.

Perfaitement, perfect, flawless and he had been her creator. His Minette, formulated to seduce, yet always fickle and a tad ungrateful. She was not one to be held captive; she was the enchantress. Minette had abandoned Pierre, singeing his pride in her wake.

The explosion’s violence should not have surprised him. Minette was barely contained passion. She had been luminous and vivid from their first clandestine meeting. It had taken patience to tame her animal characteristic, but the taming had been oh so sweet. He coaxed the nuance from her by balancing her musk with soft vanilla undertones. Succulent citrus brought out her freshness while remaining in the background, like a whisper. She had begged for just a hint of rose.

Wiping the shards of glass from his trousers he rose from the wet floor, tears clouding his vision. He could not begin again without her; that was clear. He had wasted a better part of two years perfecting Minette. Everything else in his simple life had become pale and lifeless in her presence. The smell of a fresh baguette was foreshadowed by bergamot. Formage and foie gras tasted grey in her wake. The garden was just a patch of weeds in comparison. All desire for his wife had vanished and her two note fragrance of scouring powder and sour milk offended his olfaction.

Minette had promised to be his salvation, an escape from his bourgeoisie life. Together they were meant to tour the les grandes maisons receiving accolades reserved for only the best perfumeurs. Now all was lost except for her lingering musk; their time together vanishing rapidly in the breeze. Disturbed by the messy outburst, Pierre’s wife shrieked, “Peter, what is that stench? You will curdle the milk with your foul experiments. Have you been distilling perfume again?”

“Enough already with the French accent and stop calling me your cabbage. Your high school French is terrible,” she chided. Showing a complete disregard for his broken heart she continued to drone on, “I need help with the goats. Will you bring me the cheese press? I think it’s in the shed with you. Are you listening? Did you forget to feed the geese? Peter!”

“Peasant,” he sneered ignoring his wife, “how can I explain the depth of my grief to anyone but you, mon Cherie? This shall remain our secret, oui? Je t’aime, Je t’aime” he whispered as he shut the door on the ghost of Minette and his unrequited dreams.

“She wasn’t just a perfume, she was my masterpiece,” he sniffed.